Unpacking the Fifth Principle of the Agile Manifesto 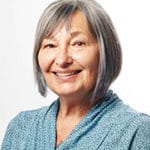 The Agile Manifesto was signed and made public in 2001. It begins with short, pithy statements regarding what should be the priorities of software developers, followed by Twelve Principles. In this article I want to call attention to the fifth principle in the Agile Manifesto, which is:

“Build projects around motivated individuals. Give them the environment and support they need, and trust them to get the job done.”

Although it appears to be a very simple statement, I suggest that it is jam-packed with profitable guidance, and is essential to, and at the heart of, real Agility. Human qualities must be considered.

The first part of the principle urges us to build projects around motivated individuals.  What does this imply?

The idea of “building a project” makes it a process, not necessarily a fait accompli. It can change and be altered as one works toward it. There may be a structural roadmap, but many details and aspects can change in the “building.”

The second part of the statement describes motivated individuals. The verb “motivate” is an action word, meaning to actuate, propel, move or incite. Thus, in this line, is the “project” the thing which will “move or incite” those being asked to carry it out?

Or do we understand this to imply that the individuals are already “motivated” in themselves, which is an emotional condition of individuals? Is this motivation already there prior to starting a project?

The topic of motivation is rich. How does motivation occur? Is it the culture and environment of the company, lived and exemplified by it’s leaders, which motivates? Or is motivation an intrinsic quality of the individual? It may be both. (Daniel Pink, author of “Drive,” uses science to demonstrate that the best motivators are autonomy, mastery and purposefulness – ideas which are inherent in the Agile Manifesto.)

In any case, the line itself suggests that the project may be a) interesting to pertinent (perhaps already motivated) individuals, b) do-able by those same individuals, and c) contains enough challenges to test the mastery and creativity of the individuals. In other words, it’s going to be a project that the individuals in your company care about for more than one reason.

The second line from the fifth Principle has two distinct parts to it. The first part, “Give them the environment and support they need” puts a great deal of responsibility on whoever is assigning the project. Let’s look at the idea of environment first.

In a simple way, we can understand environment as the physical place which influences a person or a group. It can be any space or room; it can refer to the lighting, the colours, the furniture, the vegetation, the walls, whether water or coffee is available – physical elements which will certainly affect the actions of people and teams. For example, creating face-to-face collaboration environments is also part of the Agile Manifesto.

But we must remember that environment also entails the non-physical ie, the intellectual, emotional, or even the spiritual. Is the environment friendly or not? Cheerful or not? Encouraging or not? Affirming or not? We can think of many non-physical attributes that make up an environment.

These attributes allude to the second part of what’s to be given by an owner or manager: “…and support they need.” This idea of support pertains not just to helping someone out with tools and responding to needs, but that the environment is supportive in every way – physically, intellectually, emotionally and spiritually. This may be a more holistic way of considering this Agile principle.

The last part of the statement is of great importance as well: and trust them to get the job done.

If you as product owner, or manager have created motivation, environment and support, then the last crucial requirement of trust becomes easier to fulfill. There is nothing more off-putting than being micromanaged, supervised or controlled with excessive attention to small details. Trust means you have confidence in the capacity of your team and its individual members. It also implies that they will communicate with transparency and honesty with you, and you with them, about the project.

The principles of Agile do not exist in a vacuum, because, of course, other principles such as the following, are relevant to this discussion:

“The best architectures, requirements, and designs emerge from self-organizing teams.”

“At regular intervals, the team reflects on how to become more effective, then tunes and adjusts its behaviour accordingly.”

This fifth principle has application far beyond IT projects. I wanted to reflect on it because it speaks to human qualities, which must be recognized as a key factor in happy work places, and in any high-performance team.

Valerie Senyk is a Customer Service agent and Agile Team Developer with BERTEIG.

Also read about BERTEIG’s REALagility Program which holds at the core the concepts described here.