Airlines Can Be Agile Too 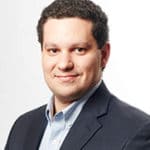 I deal with airline companies a lot in my line of work.

Part of a consultant’s life is travelling a lot. Going to the airport. Taking an airplane. Travelling to the client’s site. Working there for x number of days, weeks or months. Returning home.

And we face a lot of challenges while travelling.

The biggest challenges, which have been significantly reduced over the years, are still related to checking in and claiming baggage. But it’s not limited to those processes.

Passengers still consistently report problems when checking luggage, talking with airline agents, how the specifics are identified at the counter, boarding procedures, waiting while you’re in the airplane.

None of these issues are new. But how the airline addresses these issues could could create a better experience for the traveler.

If you have flown many times, or if you’ve been unlucky on one of your trips, you probably have a flying horror story of your own.

In my case, this time the luggage was damaged. If it were my luggage, I would be okay with that. But it was my wife’s brand-new luggage. So, my only option was to resolve that with the airline.

Within any business relationship, the parties all have their responsibilities. There are usually some grey areas but, most of the time, it’s clear who’s responsible for what.

I have clients myself. So my behaviour (and what I expect) is that those who are providing the service take responsibility to address the situation in a great way. Your clients are likely to forgive you for what happened but it’s unlikely they will forgive you for the bad experience in addressing the issue.

What I expect in these situations is that one offers a way to resolve it. It’s not just because the contract says the airline is responsible for my luggage, but it’s common sense.

The problem was that nobody seemed to want to resolve the problem.

When I got the luggage and discovered it had been damaged, I went to talk to the first agent. He sends me over on another one.

That agent, instead of helping, sent me to another one.

When talking to the third person, the agent first says that what happened was something to be expected after many uses of the luggage and there wasn’t anything they could do about it.

I replied, “Okay, I understand, but this is the first time we’ve used this luggage. Are you saying that I should expect it today as well?” There’s a moment of silence and she repeats the same explanation.

Something happened that neither of us could explain. But instead of acknowledging the problem and offering a solution, she was trying to convince me to give up on my claim.

She tried another explanation, telling me there’s nothing to the company could do about it. She couldn’t fix the luggage.

After a lot of back-and-forth and vagueness, we finally registered the claim.

Do you think the situation ended? Not yet. Because I’m still travelling outside of the country and the airline can’t do anything here. It’ll have to wait until I come back to Canada, so I can talk to someone again and they can resolve the problem.

What I’m trying to illustrate here is that this situation isn’t anything different from many companies’ realities.

Some agents don’t have a complete understanding of their process. The only thing they can do is push you to another person, and another, until you either give up or take legal action.

Those five values represent a different way of thinking about the process. An airline that lives those values would treat problems like the one I and many others have experienced in a very different way.

How would you suggest that the problem could be resolved? Do you think is there a different and better way to do it? I do.

At least in my mind, that combined with simple and effective communication would solve the problem.

How much time it would take? Honestly, no more than 10 minutes. Is that a simple solution? The answer is yes. Have we seen companies acting like that? The answer too is yes.

Some premium services (and by the way, it was quite an expensive airfare) offer a unique experience to resolve issues. An agent would receive a complaint and the same agent would be capable of resolving it. Skilled and empowered employees can represent your company very well.

So, if you’re experiencing problems and complaints like this one, it’s a great opportunity to revisit the values that you’re living within your company. It will not only improve your process, but it will make your customers like you even more.

Remember: There are problems everywhere. The difference is how you solve them for your customers.

David Vicentin has delivered Operational Excellence and Agile implementation for the past 15 years as a management consultant. His clients come from diverse industries in North America, South America and Europe.

Working at different organizational levels from operatives to senior management, his focus is to achieve sustainably higher results. David has trained, mentored and coached thousands of people for many businesses, with a focus on increasing personal performance for coaches and improving their business environment, overall.

As an Industrial Engineer, Master in Economics and Finance and Master Black Belt in Lean Six Sigma, his ability to evolve people results in service delivery which increases value, reduces cost and improves both quality and productivity for his clients.