Stable Teams Can Be a Key Success Factor 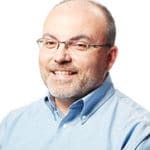 As stable teams know, disruption can be a powerful force.  It can effect rapid change, clear out waste, and eliminate noise when a team is paralyzed.  However, disruption is a double-edged sword and without clear strategy, guidance, and consideration the outcome of disrupting a team can often end up with catastrophic results.

Disruptive change can take many different forms including changing team composition and structure, team vision and focus, team membership, or even the environment and support structure surrounding the team.

Disruption as a Motivator

In the right context disruption can be an effective technique for invoking change for a team.  Some leaders choose to introduce purposeful disruption to force change where and when they feel a team reset is necessary.

Disruption can also serve to motivate.  An unhealthy team that has been frustrated will tend to be receptive to disruption (whether self-imposed or imposed on them) if the change seems designed to help them improve.  That is true even if the disruption creates new unknowns and risks.

People focused on innovation that value variety and that seek out exciting work environments often prefer disruption as a strategy, and cite that disruption leads to new ideas and yields creative results that otherwise might be missed by stable or mature teams.

Disruption as a Destroyer

At the same time, it is important to recognize that disruption can come with a cost.

For a team operating in harmony their biggest motivators are usually the sense of autonomy, of belonging to something bigger, of contributing towards a transcendent purpose, of the comfort and support from the existing interpersonal professional relationships, and of the shared learning opportunities.

Disruption for such a team can seriously demotivate the people within it by causing a tragic sense of loss.  Depending on the severity team members might become so frustrated people they give up and look elsewhere for opportunity, causing a permanent loss of valuable knowledge and skills.

Disruption can also destroy benefits and advances made.  Any growth a team has achieved will likely be lost if disruption occurs (whether intentional or not), forcing the team to a new untested state where lessons learned, skills shared, and the established rules of engagement may no longer be appropriate.  They will have to start over to rebuild any sense of normalcy.

Stability and Patience is Key

One of the trademark characteristics of an Agile team is to be self-organizing.  To that point a self-organizing team should be given ample opportunity to work out their challenges and problems.  Depending on the situation it might be necessary for leadership, a Scrum Master (if using Scrum), or a neutral facilitator to offer limited guidance.

If a team is not allowed to work out their own issues, they will always be dependent on someone else to fix unresolved issues for them.  This will inhibit them from reaching a high performing state where autonomy is critical for success.

It may take considerable patience, expert facilitation, neutrality, and reservation of judgment for a Scrum Master or leader to help a struggling team.  The tendency to rush in and solve the problem for the team by imposing change must be resisted.  Each team is different so there is no obvious cue, formula or deadline that can be set to guarantee a successful outcome.  Healthy patience and sound judgment must be exercised regardless of external pressures to deliver.

In particular, a mature, stable team operating at a performing or high-performing state (see the Tuckman model on stages of group development) should not be disrupted unless there are extreme circumstances.  Any type change made for a stable will result in the team reverting right back to the forming stage, losing any benefits they may have gained, and having to establish a brand new normal.

In summary, the primary goal should always be to maintain a stable team because of the inherent long-term value of that synergy.

If considerable patience has been exercised and a team cannot perform or resolve their issues, then disruption may be considered.

For transparency, on rare occasions it may be necessary to intervene and disrupt a team.  Only twice in my 29 year career of working with dozens of organizations and hundreds of teams have I felt this was the best option.  Only twice after trying all options to help a team get though storming to a stable state (including getting them an alternate coach) I have felt the best and only approach was to disrupt and disband a team and start fresh.

Both times I provided my advice to leadership to disrupt the teams, and both times my recommendation was ignored.  Both times within 9 months the teams had literally imploded and failed to deliver.  Both times these teams were eventually dissolved, and my guidance for deep disruption was eventually followed.

In summary, disrupting a stable team is possible but should only be considered under rare circumstances.  If disrupting a team is deemed necessary then the purpose and expected outcome of the change should be clear along with how the impact of the change will be measured.  Without these factors it will be difficult to get the team to accept and buy in to the change.

Three separate times over my 29 year career I have seen leaders purposefully take a well-recognized high-performing team, split the team, and scatter the team members across multiple new teams.  Their strategy was to instill the sense of commitment and high-performance in all of the new teams and let them grow, thereby creating multiple new high-performance teams from the existing people.

Several years ago, I worked with a CTO who purposefully disrupted his teams every 3 to 4 months by switching several people between teams.  His strategy and rationale for the change was “to keep it fresh”, “to build new relationships across teams”, and “to keep people from becoming complacent”.

Numerous project-oriented instead of product-oriented companies I have worked at choose a work strategy of using a matrix organization.  In these organizations people are treated like resources where they are allocated and reallocated to project teams as the person’s specific skill set is scheduled for need.  This strategy is focused on optimizing individual allocations and not optimizing the performance of the teams.

Including the specific examples above where intents were well intentioned, I have rarely if ever seen the purposeful strategy of destabilizing and disrupting a stable team work.  Certainly, in the examples above I assure you the results were catastrophic, damaging, and led to people leaving the organization to pursue careers elsewhere.  This resulted in a loss of capital knowledge and skill to competitors, of investment, of performance, of ability to deliver value, of revenue, and of future earning and delivery potential.

Options and Outcomes for Success

Whenever possible work to keep your teams stable and bring the work to the team.  Treat people like people instead of like a resource, give them the environment and support they need, and trust them to get the job done.

Scrum Masters and leaders can learn more about the patterns and strategies to help build and support stable, productive teams by attending a combined Scrum Master and Product Owner workshop which focuses on helping teams solve problems, by attending a ScrumMaster Certification class which focuses on helping build highly productive product-focused teams, or by attending an executive oriented Agile mastery class where the focus is on helping leaders adopt an Agile mindset and support and cultivate Agility in their organization.

Alternatively, it sometimes helps to seek outside coaching and guidance in how to build and maintain a stable team or an organization that supports them.  Send us a message or give us a call and we can discuss your specific needs.

Since 2010 Jerry has been supporting Agile transformation strategies. On numerous occasions, he has served as an integral coach, mentor, advisor and team member on several enterprise transformation leadership teams including two companies with over 50,000 employees.

Jerry has developed and delivered Agile training for over 1,600 people in Canada and abroad. His tailored materials include everything from introductions to advanced topics by role and are for audiences from junior team members to senior executives at multinational corporations.