What leaders need to know about Agile 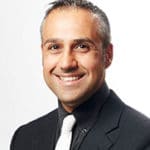 To understand why so many people around the world have adopted Agile as their first and foremost guide to improvement, we must first look at why leaders and leadership has been failing us in the first place.

Leadership, in the modern world, has been equated to a highly visible role, a spokesperson whose suave charisma is infectious, and following their mantra is made easy. No one can deny that they are not impressed when a sharply dressed leader bounds onto the stage at a conference and proceeds to use impressive statistics to back up his or her claims that ‘if we just did this, then the world would be a better place’.

Unfortunately, reality is rarely as static as those brief moments of exuberance. The truth is, companies have been built and shaped over many years, sometimes decades. The charismatic hand-gesturing of the modern world leader (especially in technology) does not go far in the grand scheme of things to change an approach that has been ingrained in us. Undoing bad habits and helping people build new habits is hard work.

What purpose then does Agile serve to help us with this task of getting better and why should you, as a leader, care?

Leadership implies leaving a legacy that was stronger than when you first started. The leadership you provide has to be ingrained within the culture of the organization you leave behind. In short, being Agile, thinking in an Agile way allows us to be transparent and honest, learning from our mistakes without fear of retribution and scorn. That in itself is a huge shift in the way we think.

One of the Agile Manifesto principles states: “Build projects around motivated individuals. Give them the environment and support they need, and trust them to get the job done.” While the concept is simple, it implies that you, as a leader, need to act in a supporting role. Encourage acts of leadership in others. Don’t focus on the mistakes. Create an environment where work, and even innovation, can happen!

There probably won’t be a defining moment in a successful project which someone can point to and say: that was the moment where you as a leader made all the difference in a project. But slowly, over several months of sustained support and Agile thinking, you will positively affect the culture of the organization. As the late management guru Peter Drucker said, “Culture eats strategy for breakfast”, implying that no amount of managing of people would be more positive than the intrinsic motivation people have to succeed in their work.

Kiichiro Toyoda, the founder and first president of The Toyota Motor Corporation, created and espoused the Toyota Production System (TPS). In this management philosophy (built from the Lean production perspective), he believed that because people operate the system, the strategy to success has to be a people-oriented system. TPS respects the fact that only the people on the production-line can make the changes necessary for improvement. This is where leadership should focus.

Moreover, the culture of excellence has to become ingrained in the line worker to the extent that ‘good enough’ is no longer a workable philosophy. So what can you do as a leader to make the change happen? The well-known thought leader in business-leadership, John Kotter, writes about the ways that change management can be ‘made-to-stick’. For this article, suffice to say that establishing a need and creating visibility are at the forefront of what he espouses.

Creating transparency allows us to understand the current situation. Only then can we begin to tackle the problems with a frank and consolidated effort. Mistakes will ensue; however in an environment of learning, where mistakes are opportunities for improvement, success will undoubtedly follow.

At BERTEIG, our coaching and consulting approach is to support leaders in this endeavour. Almost every great leader has had the support of a non-judgemental partner to help them achieve more, and we take your success as our success. We believe that the legacy of your company will therefore be in the Agile way that people work, not the antiquated legacy systems in place that hold you back.

Nima displays dedication and passion in his work to assist our clients. He has a Master’s degree in Mechanical Design, Materials and Manufacturing Engineering M.Eng and has helped organizations adopt Real Agility since 2013.