Do you want to be trained in Agile methodologies such as;

Consider BERTEIG‘s public training, expertly tailored certifications and curriculums designed to elevate you in your career.

With over 10 years experience delivering Agile training, our expert instructors have perfected the art of education through collaboration – join us to see why 99% of participants say BERTEIG training was ‘better than’ or ‘the best’ training they’ve ever taken!

If everyone is moving forward together, success will take care of itself.

At BERTEIG, we believe that continuous lifelong learning is a key element to success and achieving excellence.

We developed the BERTEIG Loyalty Program to encourage our clients to develop a culture of continuous learning. The more people you train, the more money you save (simple)!

The discount level you reach by the end of the calendar year is maintained for another full calendar year. As soon as you reach the minimum number of registrations for the next level, you move up and enjoy greater discounts.

The BERTEIG Loyalty Program is available for both Public and Private training.

Register
3 people
in a year
=
15%
off this year
and next year,
organization-wide

Register
10 people
in a year
=
20%
off this year
and next year,
organization-wide

Register
20 people
in a year
=
25%
off this year
and next year,
organization-wide

Register
40 people
in a year
=
30%
off this year
and next year,
organization-wide

If you have 5 to 5000 employees, we can help you out! Please use the form below to contact us for more information.

Get the Best of BERTEIG

BERTEIG Instructors hold the highest possible certifications in their respective areas of expertise.

Develop situational-analysis with real-life issues your organization is encountering, delivered on-premise in the privacy of your group.

Over a decade of Agile coaching and curriculum development has resulted in thousands of successfully trained Canadians coast-to-coast.

Breakaway from basic training with engaging, stimulation-oriented exercise available in many BERTEIG courses.

The more your teams learn, the more you’ll earn! Get generous discounts on both Public and Private training offerings.

Curious? It Begins with BERTEIG. 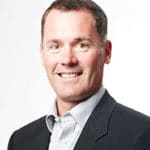