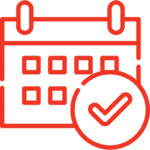 No Cancellation - No Rescheduling 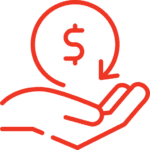 As described in Scrum Guide, the Scrum Master is responsible for promoting and supporting Scrum as defined in the Scrum Guide. Scrum Masters do this by helping everyone understand Scrum theory, practices, rules, and values.

This Advanced Certified Scrum Master course gives you the tools to Accelerate Product Teams in Any Business and provides practical learning to become an effective enterprise-ready Scrum Master.

1. Prerequisite – Must have CSM certification with the Scrum Alliance

Who is it for?

Advanced Certified Scrum Master is strongly recommended for Team Leads and HR Managers who are responsible for creating a high performance work environment, Executives who want to transform their business, Agile Coaches who need to know how to work with multiple Agile and Scrum teams.

Who should NOT attend:

People who are purely technical and have little interest in improving work environments or processes, people who are uncomfortable with group exercises and simulations (perhaps you prefer lecture-based instruction), people who aren’t interested in or responsible for team improvement.

What will I learn?

By successfully achieving the Advanced Certified Scrum Master ® certification, you will be able to:

What do I get?

Perpetual access to all the content of CSM course in our learning management system even if you haven’t taken a CSM with us!

Additional discounts including a “pay-it-forward” discount for your colleagues 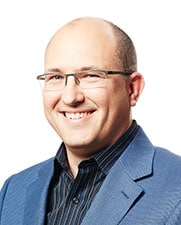 Mishkin has over 20 years of professional experience with Agile methods. Mishkin publishes articles and thoughts about agile on Agile Advice. Mishkin has trained people from Canada, the United States, India, China, the Middle East and Europe. Mishkin Berteig is President and co-founder of BERTEIG. “For the first time in thirty years, I love my work. I wish you had come to help us decades ago!” – Mining Projects Shift Manager at Suncor.

Mishkin Berteig has been improving the lives of managers and their staff since 1995. Mishkin co-founded BERTEIG in 2004. Mishkin is committed to helping individuals, teams and organizations to transform their way of working and achieve Real Agility™.

Mishkin has developed and delivered Agile training both in public and in-house seminars for over 15,000 people around the world. Courses have been as short as three hour intensive seminars and as long as five day immersive boot-camps, and audiences have ranged from junior team members to senior executives of Fortune 50 organizations. Mishkin has been a Certified Scrum Trainer (CST) since 2005 and is the longest-standing CST in Canada.

Mishkin writes regularly for the BERTEIG blog with hundreds of articles about management, agility, teamwork, efficiency and creating beautiful work environemnts. Mishkin is also the author of several books including the in-progress “Win As A Manager – Delivering Massive Results, Creating Beautiful Work Environments and Ending Stress”.

Mishkin has been trained by the gurus in the Agile movement including Ken Schwaber, Jeff Sutherland, Mary Poppendieck, Esther Derby, and Mike Cohn.

An engaging, thorough look at best practices behind true product ownership and working within Scrum. Expert instruction that was never boring and full of insightful learnings. It goes without saying that Mishkin knows his stuff, and is eager to teach Real Agility and Scrum to the world. – Matthew Parkinson, Director of Digital Product Management, Investors Group/ IGM Financial 2019

Mr. Berteig is a wonderful trainer and presenter of the materials covered. His experience in leading discussions around the various concepts and facilitating exercises used to feel the effect of Scrum were appropriate in relation to the audience’ prior experience and knowledge of the topic. – Simonne Cormier, Training Development and Coordinator, Veterans Affairs Canada, 2019

Other Interesting Facts about Mishkin Berteig

Mishkin has four children. His oldest is nearly 24 and his youngest is 12. Mishkin is, of course, extremely proud of his children who are all artists of various types… following firmly in the family tradition. Mishkin’s parents, step-parents and siblings are also mostly artists.

Mishkin worked for Peters Surveys Ltd. as a junior surveyor’s assistant in the late 80’s and early 90’s on and off. One of the big projects Mishkin assisted with was the Husky Oil Upgrader project just outside of Lloydminster, SK. Mishkin did both field work and site map calculation work for the grading of the site prior to construction.

Mishkin travelled to Belize on a one-month service project with a number of other youth in early 1990. Mishkin’s flights were eventful including a last-minute aborted landing due to a storm around Cancun. Mishkin travelled throughout Belize including Corazal, San Ignacio and Dangriga.

Mishkin has a few hobbies and past-times that generally follow in a 10-year cycle: custom Lego building, robotics, coin collecting, mathematics, and music composition. Of these, Lego and mathematics are currently at the fore of his attention.

Mishkin grew up in Saskatoon, Saskatchewan and loves that city very much. He hasn’t lived there for many years, but when he returns he often is overwhelmed by emotion as he visits favourite spots such as the University of Saskatchewan campus, the bridges and river valley, and the Broadway strip.

What if I hate it?

At BERTEIG we love what we do and we are very confident in the quality and delivery of our training.  If our training fails to satisfy your learning objectives, you may make a request for a full refund - no questions asked.

We occasionally allow people to audit our training before buying it. If you are interested in auditing a learning event, send us a request here.

The topics and modules included in this Programme include:

Achieve the Advanced Certified Scrum Master ® designation with Scrum Alliance ® by successfully completing this course and distinguish yourself as an experienced Agile practitioner.

Complete the 16-20 hours of self-directed preparatory Scrum work on the BERTEIG eLearning platform, and successfully participate in a 4-hour virtual instructor-led class with your expert BERTEIG trainer.

I enjoyed being there (at Advanced Certified Scrum Master). You guys are the gold star standard for Agile. Thanks for the training over the years.

** Price will be billed in Canadian dollars. International prices listed are for reference only based on recent exchange rates.

Why do we charge what we charge for Advanced Certified Scrum Master?
We can justify our price in one word: quality. Just read some of the 3000+ testimonials (not ratings, actual written testimonials) from past students and this video testimonial. Also, your instructor has been personally trained and mentored by the founders of Scrum, Ken Schwaber and Jeff Sutherland.

We don’t compete on price because we don’t need to!

Read Testimonials for All Trainings

03. Service to the Development Team

04. Service to the Product Owner

05. Service to the Organization

Transform Your Business From Anywhere

Very engaging and enlightening Advanced Certified Scrum Master course for anyone that wants to further improve on their agile and scrum competencies.

Live virtual training is delivered based on the Canadian Eastern time zone (ET) from 10:00 AM to 04:00 PM. People in different time zones can attend this training on following times.

We Vouch For You

dd an extra badge to your profile. When you participate in two or more BERTEIG Learning Events, you automatically become a BERTEIG Professional.

Meet All BERTEIG Professionals
Opt-In To Become One

Join the elite ranks of BERTEIG-trained agile professionals. We vouch for our BERTEIG Professionals and provide outstanding benefits.

We Are Growing Organically

Did you know that about 90% of our business growth is the result of word of mouth recommendations?

Yes, it is true. People who attend our training can't help recommending us to their colleagues and friends, and they also can't wait to attend advanced training with us. This is what people say about us:

I enjoyed being there (at the training). You guys are the gold star standard for Agile. Thanks for the training over the years.

The training was great. Very informative and interactive. The BERTEIG team has mastered that art of online learning, you will not be bored. Definitely recommend.

See how people feel after attending our training, read some of the 3000+ recent reviews, and attend our training with no reservations.

At BERTEIG, we believe that continuous lifelong learning is a key element to success and achieving excellence.

The Corporate Loyalty Program encourages our clients to develop a culture of continuous learning. The more people you train, the more money you save!

The discount level you reach by the end of the calendar year is maintained for another full calendar year. As soon as you reach the minimum number of registrations for the next level, you move up and enjoy greater discounts.

The Loyalty Program is available for both Public and Private training.

Register
3 people
and spend
C$3000
in a year
15%
off this year
and next year,
organization-wide

Register
10 people
and spend
C$10000
in a year
20%
off this year
and next year,
organization-wide

Register
20 people
and spend
C$20000
in a year
25%
off this year
and next year,
organization-wide

Register
40 people
and spend
C$40000
in a year
30%
off this year
and next year,
organization-wide

BERTEIG loyalty program is not a one-time group discount. It is a long-term organization-wide program to encourage continuous learning in the organization while saving money on training.

Additional benefits of the Loyalty Program

Personal Access to a
Curated Library
of resources for managers

You're in Good Company